The 8 Best Orlando Suburbs for Families, Singles and College Students 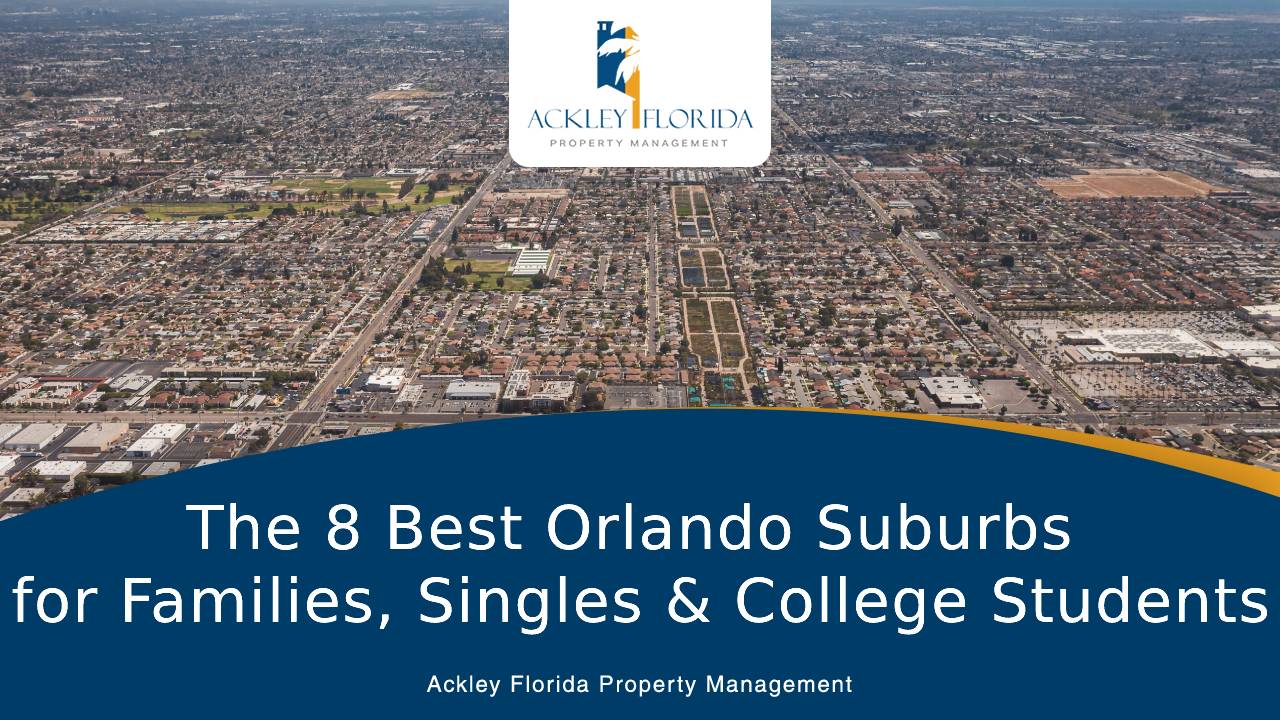 Theme parks and tourism attractions come to mind when people think about Orlando. However, as residents of the city are well aware, there is much more to the city. There are several suburban areas in Orlando that are ideal for families, working professionals, retirees, college students, and singles. We've compiled a list of the top 8 suburbs in Orlando.

Beautiful lakes, beachfront houses, golf courses, highly coveted school districts, local shopping shops, and celebrities and professional athletes call Windermere home. It is less than 30 minutes from downtown Orlando. Every fourth Friday of the month, Windermere has a Downtown Food Truck Rally. The neighborhood gathers with lawn chairs and coolers to listen to live music and enjoy a variety of foods.

The median property price in this wealthy suburb is $435,600.

Winter Park has some beautiful developed communities dating back to the 1960s. The tree-lined lanes here are lined with classic residences that have been updated. New single-family home projects and luxury condos are also available in this neighborhood.

Winter Garden has a unique way of keeping a small-town atmosphere despite its rapid growth and development. It is a mix of existing communities from the 1960s, as well as new projects and high-end townhomes. This lovely town is where active families want to be, with everything from splash pads and playgrounds to locally owned stores and rooftop bars.

Clermont is near many booming communities on the southwest side of Orlando, such as Oakland. There was a time when this area was nothing but rolling hills and vast green fields. It is now a rapidly expanding metropolis, with new luxury developments, shopping and entertainment facilities, outdoor recreational spaces, and other amenities.

Oviedo was once known for its large open spaces, poultry farms, and Lake Jessup's plentiful fishing and boating options. While Lake Jessup remains a magnificent symbol in the area, poultry farms and large open spaces have given way to suburban communities, retail establishments, and convenient access to UCF, one of the country's best universities.

Also Read: What are Some Unexpected Costs of Owning a Rental Property in Orlando?

Maitland is divided into two distinct areas. Tree-lined streets, historic neighborhoods, and residences that have been around for decades characterize the city's east side. Closer to I4, the other side is notable for its rapid suburban development. Because Maitland is only nine miles from downtown Orlando, it is a favorite choice among busy professionals and people who want to be close to restaurants, shopping, and local activities.

In CNN's survey of the finest locations to live in the southern United States, Lake Mary came in fourth place. Many high-tech companies, such as Mitsubishi and Siemens, have set up shop in Lake Mary, which is seeing a surge in new subdivisions and master-planned communities. Golf courses, the Central Florida Zoo, Spring Hammock Preserve, and a mix of locally owned sidewalk businesses and big-box stores such as Target and Walmart can all be found here.